Ken and Mike return with a spirited back-and-forth about North Carolina’s bathroom bill, a bit about Bernie, and a diatribe about Trump and the justice system. You know, the usual.

Ryan meets with Trump! Bernie’s still out there! Other things with exclamation points!

An odd obituary for the Republican party. 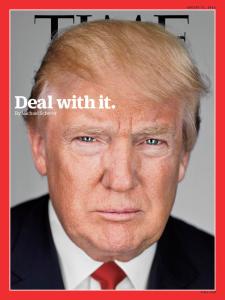 Seriously. He hates Ted Cruz and unleashes lots of vitriol and cursing (oh, the cursing) at the senator. The guys also talked about Bernie, women’s cards, and the Nerd Prom.

Well, despite some technical difficultie

s (who knew you could fill up a MacBook Air so quick?) here’s episode 10! Our heroes talk about the Acela Primary (and correctly predicted a Trump sweep) and the veep stakes. Here’s the clip of Trump “acting” presidential that we referenced.

Like the show? Hate the show? Let us know! Give us a review on iTunes or hit up the Facebook page.

We’re back! Ken and Mike discuss the state of the race, make several archaic references to songs from their youth, and make broad sweeping generalizations about “these kids today”.

The essay Ken referred to in today’s episode was originally published in Harper’s, and is called “On The Uses Of A Liberal Education” by Mark Edmundson.

You can watch Putin’s call in show here.

Donald Trump had the worst week in politics, with one gaffe after another. Cruz brought up a old politico term, and Bernie just won’t go away – and neither will Clinton’s email story. Plus we talk about Andrew Jackson’s hair.

We hope our listeners had a good weekend!

A bit late, but here we go – episode 7! Mike had dinner with Donald Trump (kinda). We also talked about how John Kasich is still losing to Marco Rubio, violence on the campaign trail and how the Supreme Court is now a political football. Plus, Mike threatens Ken!
The New York Times Delegate Simulator 9000 (or whatever it’s called) is here. We had to cut a bunch from this episode, and one of those things was an article that Ken recommended on what went wrong with Jeb Bush’s campaign. It’s here.

Just a real quick mini-sode to put something on the record – a crazy idea that I had early last week and I forgot to bring it up on Sunday, but as that episode was long anyway, I figured let’s just put it out here – If (when) Trump basically locks up the nomination this week, Obama will let the media have its headlines on Wednesday be about Clinton and Trump, and then on Thursday afternoon or Friday- he announces his nominee for the Supreme Court. Such a move would put tremendous pressure on the GOP establishment and the Senate leadership, as well as dominating the news cycle through the weekend round table shows.